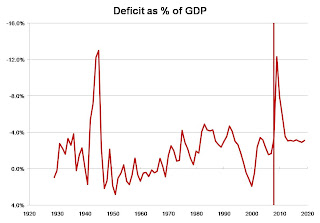 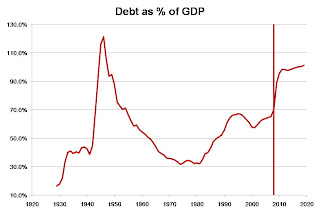 
This analysis then brings up the question: What percent of GDP are we as a nation comfortable with for our debt level? Are we comfortable with carrying debt at 90-100% of GDP? To what extent does this level of debt reduce our ability to do emergency borrowing in the event of war or another extended recession in the future? Will there be sufficient economic slack for the nation to respond?
Posted by Dr. Ross Wirth at 10:22 AM